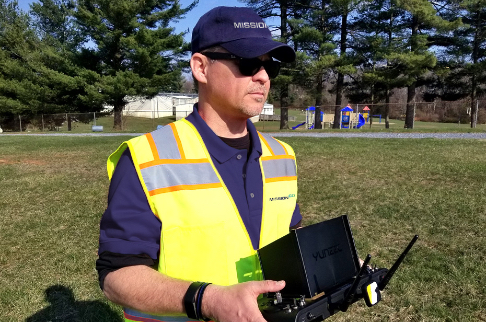 Mr. Rodney Manuel was born in Lexington, KY and spent most of his life in Maryland where he attended school in both Delaware and Maryland. He has studied Criminal Justice and Electrical Engineering.

Rodney acquired a diverse background during his 30 years in the law enforcement community. He retired from the Maryland State Police in 2011 after more than 22 years of service. Rodney spent his first 12 years patrolling the highways of Maryland and responding to calls at a full-service barrack. After serving in the Patrol Division of the state police, Rodney became a member and supervisor of the Maryland State Police Crash Team for the remainder of his career. The last 3 years of his career were spent as the agency’s Collision Reconstruction Coordinator — the final reviewer of serious and fatal motor vehicle crashes for the State of Maryland. While on the crash team, Rodney was the lead investigator for the largest motor vehicle collision in the state of Maryland’s history with the collision involving 72 vehicles. Rodney pioneered new techniques to allow for the proper investigation of such a large-scale crash.

After retiring from the Maryland State Police, Rodney spent 7 years with the Cecil County Sheriff’s Office as their Training Coordinator, Collision Reconstruction Coordinator, and sUAS Chief Pilot/Instructor Pilot- after standing up the program in early 2016.

Rodney maintains the highly coveted Accreditation Commission for Traffic Accident Reconstruction certification (ACTAR #2164) in 2009 and was previously a member of the National Association of Professional Accident Reconstruction Specialists, Inc., (NAPARS) Member #32112. He has earned several law enforcement awards to include “2002 Installation Trooper of the Year” for his work on the Traffic Operations Section- Crash Team, “Maryland State Police Superintendent’s Salute” in recognition of outstanding public service for the October 2nd to 24th, 2002 sniper shootings, and “The Maryland State Police Superintendent’s Commendation Award” for serving as the lead investigator for the Maryland 2003 Collision which involved 72 vehicles.

Rodney is the co-inventor of the MissionGo Video Command Console which allows for drone video to be securely streamed to authorized viewers.  Additionally, the system allows for the received image to be observed on a larger screen — providing more effective situational awareness information for search and rescue efforts and aiding the visual observer.

At MissionGo, he is responsible for managing current and future public safety clients as well as curriculum development. Rodney provides all aspects of consulting and training to public safety entities to ensure a safe, professional, and FAA compliant sUAS program. He also serves as a senior sUAS pilot/instructor and Law Enforcement Consultant for MissionGo’s Division.

When Rodney is not at work, he maintains proficiency as a Third Degree Black Belt in Isshinryu Karate and practices mixed martial arts. He enjoys hiking with his wife and is proud of his son who continues the family tradition as a Maryland State Trooper.